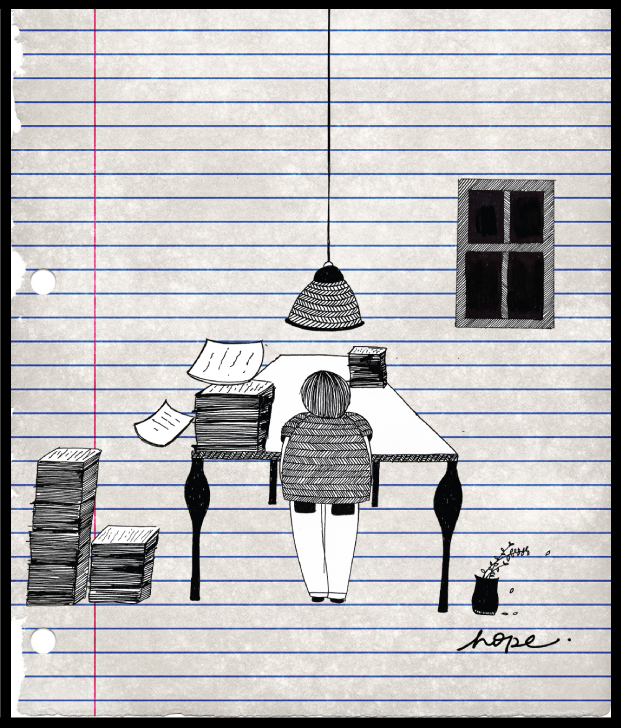 ‘My father is an Egyptian immigrant, and all he ever cared about was our education. He used to print out these huge packets of math problems from the internet.Sometimes they would be 200 pages, and after school he’d make us do them at the kitchen table until midnight. He’d hit us if we got them wrong. One day I got a C on a math quiz, and I thought he was going to kill me, so I ran to the police station. I think he gave up on us that day. Now he just ignores us. I tried to kill myself last year by walking onto a busy highway. I just stood at the edge for thirty minutes until someone from my school told the principal. They put me in a mental hospital for two weeks. My dad didn’t talk to me for a month after I came back. When he finally did, he said: ‘Do you have any idea how much your hospital bill cost?” via:HONY