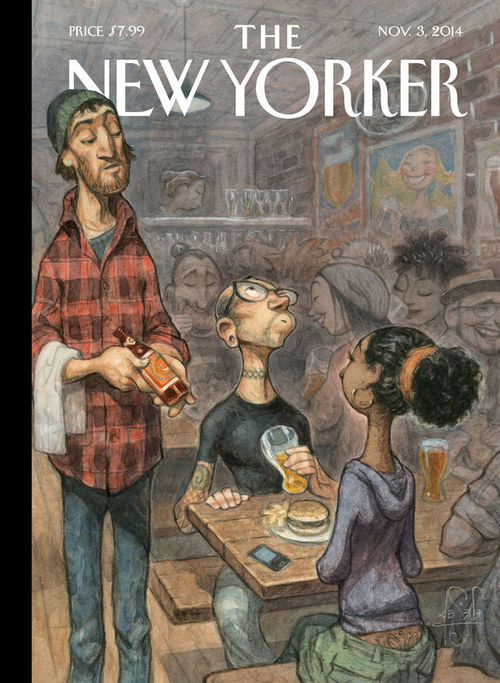 “It’s an unprecedentedly excellent time to drink beer in Brooklyn, as the cover suggests. Just don’t become a snob about it.” Read more about Peter de Sève’s cover for our food issue.”

” In September, the Brooklyn restaurant Luksus became the world’s first beer-focussed eatery to receive a Michelin star. A year ago, I visited the restaurant, which is in the heart of Polish Greenpoint, and loved the Nordic-influenced tasting menu. There is no wine or liquor served; instead, each course is served with a beer. For me, the most memorable was a Berliner Weisse called Justin Blåbær, which is aged in Brunello barrels and tastes like cherries and Christmas. The blueberry-and-wintergreen sorbet that accompanied it evoked a sensation of trudging through a snowy forest singing carols on a wintry night.”