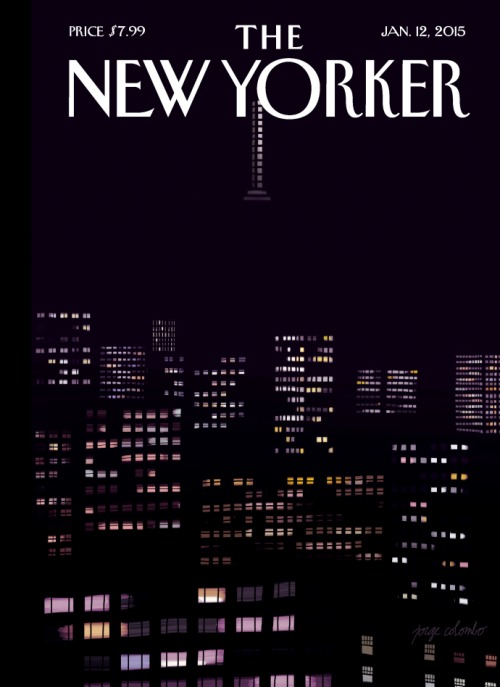 “Limited Visibility’ by Jorge Colombo, who drew this cover on an iPad

“It was a very foggy night, and the Empire State building kept appearing and disappearing—it was like a beacon, in and out of view. In Manhattan, if you’re ever lost, you sort of look for that spire of the Empire State Building and guide yourself where you’re going—it’s the quickest reference point. So it was very disorienting, standing there and seeing it appear and disappear. I thought, ‘Where am I painting?’ It was like a ghost ship in the middle of the sea.”