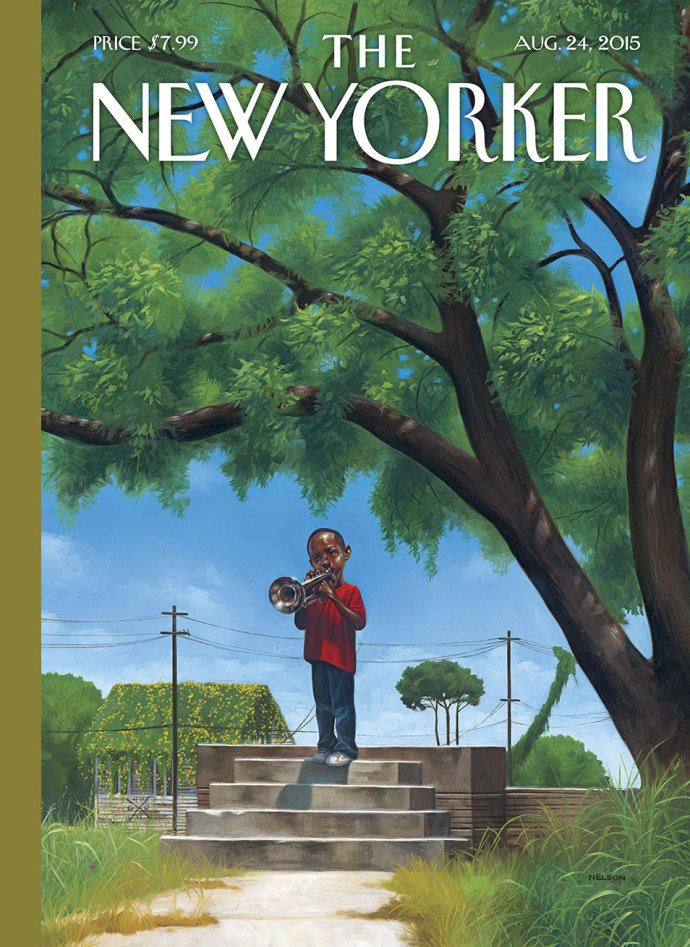 ” I wanted to capture the memory of Hurricane Katrina and its aftereffects—the spirit of New Orleans, its resilience, its culture,” Kadir Nelson says of his cover for this week’s issue, which coincides with the tenth anniversary of Katrina. “And one of the first images that came to mind was a kid playing music, an image somber and hopeful at the same time.”via:newyorker